ANFIELD TOUR
Heswall Honeys had a fantastic Stadium Tour of Anfield, the home of Liverpool FC. From start to finish the staff were informative and attentive. The group were able to see the hospitality room, dressing rooms and museum. Pitch side they saw the famous Cop and discovered about the origins of the name.
​Many thanks go to Pat and Alison for once again organising a great trip.
YOGA
Some of our lovely ladies have been taking part in seated yoga.
Focusing on movement and breathing the exercise creates a moving meditation that promotes relaxation.
A HANDBAG OF HARMONIES
A fantastic time was had by all at the ‘A Handbag of Harmonies’ workshop at our September meeting. Led by Mat Baker, we became ‘Harmonies’ for the evening.
Matt is a professional composer and performer whose work has taken him up and down the country and abroad. ‘A Handbag of Harmonies’ is one of the choirs he conducts, and it is made up of vivacious women from Chester who create a party wherever they go. With pink feather boas and glitzy handbags, they sing in four-part harmony with dazzling choreography leaving audiences with smiles on their faces- just as we did after the workshop!
VISITING THE PHILHARMONIC DINING ROOMS
​The tour of the Philharmonic Dining Rooms in Liverpool proved to be very popular with two trips being arranged by Pat and Alison.
​Affectionately known as ‘The Phil’ this Grade 1 listed building is a local landmark on Hope St which joins the city's two cathedrals. The knowledgeable Blue Badge Guide enlightened us about the history and architecture of the building while we enjoyed light refreshments- non alcoholic as it was 9.30am! Alison, our quiz guru, also told us many facts about the Hope St area.
Members visited both cathedrals to pay respects to Her Majesty Queen Elizabeth and to sign the books of condolence.
'ONE LUMP OR TWO?'
At our Summer Social Anne Houghton enlightened us about the history of afternoon tea. Her talk called "One Lump or Two?"  explained how the tradition and rituals came about. Of course, it was only right that afternoon tea style refreshments (sandwiches, mini pork pies, desserts, cakes) where served. Whilst eating Andrew Fisher provided background music and entertained us after the interval. Lesley Bowden donated a beautiful and original water colour painting of four hellebores for the raffle with all proceeds going to Wirral Hospice St Johns.
A Summer  Evening Walk
​What better way to spend a balmy summer’s evening than with a saunter through Thornton Hough.
Led by Alison, a group of Heswall Honeys enjoyed a walk around this beautiful village learning about its history and culture. A welcome stop at a local hostelry for refreshment rounded off a lovely evening.
​Thanks Alison, for organising the walk and entertaining us with your nuggets of wisdom.
The Royal Cheshire Show
Heswall Honeys enjoyed the sunshine and great attractions at the Cheshire Show.
​Well done to all those skilful members of the Craft Group who took part in various WI events and a special mention goes out to Hilary Gibson who won the Capesthorne Celebration Bowl for Creative Excellence. The award was presented to Hilary by Lady Bromley Davenport who donated the bowl to the Cheshire Federation in 2008.
The Williamson Art Gallery 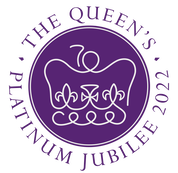 What better way to celebrate Her Majesty’s Platinum Jubilee than with a ‘Right Royal Race Night’ in aid of Wirral Hospice St John.  Dressed to impress with hats and fascinators, chilled prosecco in hand-accompanied with strawberries and cream- the Heswall Honey gals celebrated in style. The event was coordinated by a small team of enthusiastic Heswall Honeys with assistance from members of the Wirral Hospice St John's crew.
​
Big thanks to everyone for supporting the event which raised an amazing £1457.00.
To start off the Heswall Honeys' Jubilee celebrations we had a Corgi Drive- a take on the game Beetle Drive!
NFWI AGM  M&S Bank Arena, Liverpool
It was great to see so many members from all over the UK meeting for the first since 2019. It was also the first hybrid NFWI AGM with over 3,000 members watching the conference online.
Sarah Clarke OBE was the keynote speaker. She has served as Black Rod since 2018 and is the first female Black Rod in the 650-year history of the role.
COOL HESWALL!
Cool Wirral is a campaign aimed at encouraging local climate-related action in support of the climate change strategy for Wirral.  An enthusiastic and knowledgeable band of Wirral residents gathered at Hill House Gardens, behind Heswall Library,  to share information about environmental organisations and enterprises across Wirral.
Heswall Honeys WI provided the refreshments and raised £456 for our charilty this year, Wirral Hospice St John.
RHS Garden Bridgewater is the fifth RHS garden and one of the largest gardening projects undertaken in Europe in recent years. It is hoped that the transformation of this 154-acre green space will enrich the lives of local communities and their environment for the future.
Heswall Honeys enjoyed guided tours of the garden as well as a coffee stop in the new cafeteria.
You can find more about RHS Bridgewater at:
https://www.rhs.org.uk/gardens/bridgewater​
Our Spring Social
It was a hive of activity before the social and we can see some of the committee
putting together  picnic boxes for the big night.
Lots of members were busy selling books or tickets for our ‘Right Royal Race Night’ to help raise funds for this year’s nominated charity Wirral St John’s Hospice. There was great entertained by a local band, Belles and Beaus, with plenty of music to boogey too!
Mission Easter Egg
Big thanks to all the members who donated Easter eggs for the Charles Thompson’s Mission.
​Thanks also to Ness Belchier who delivered the 101 eggs to the charity.
Did you rock to Queen, swoon over Patrick Swayse or work hard at achieving your 100 metre swimming badge? Walking down memory lane, a group of Heswall Honeys visited the Atkinson Gallery in Southport to savour the delights of what it was like to grow up in the 1980s.
Groups of Heswall Honeys enjoyed dinner at various venues in Liverpool before gathering together at the Empire Theatre to watch Matthew Bourne's production of 'Nutcracker.'
A group of the Heswall Honeys rocked the night away at the Liverpool Empire where they saw the musical ‘Jersey Boys.’ Some of the girls visited Ma Egerton’s for a bite to eat- as you can see pizza was the order of the day! 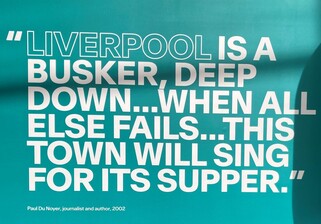 ​Heswall Honeys visited the Museum of Liverpool for a guided tour of  'A Wondrous Place' exhibition. Celebrating the city’s staggering roll call of trailblazing entertainers, musicians, sports people, writers, poets, visual artists and comedians, the gallery  showcase Liverpool’s internationally recognised creative expression and influence through displays and immersive experiences. Maggie Lingard wore a replica brooch of the one she designed for a competition celebrating Liverpool's Capital of Culture.  She won the competition and the gold one is now in a on display at the museum. 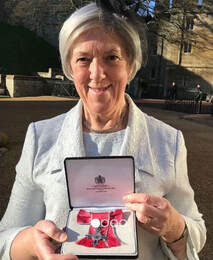 ​
Road safety campaigner and RoadPeace trustee Pauline Fielding received her MBE
​from HRH Prince William at
​Windsor Castle.
Well done Pauline we are delighted for you!!!
Many thanks to our knitters for making hats for the Charles Thompson Mission in Birkenhead
and vent caps for the Neonatal Intensive Care Unit at Arrow Park Hospital.